Why You Need a Shower and Bath Filter - Wholesome Life Journal

Why You Need a Shower and Bath Filter

Healthy You
Your Body
Your Mind
Your Spirit
January 6, 2020 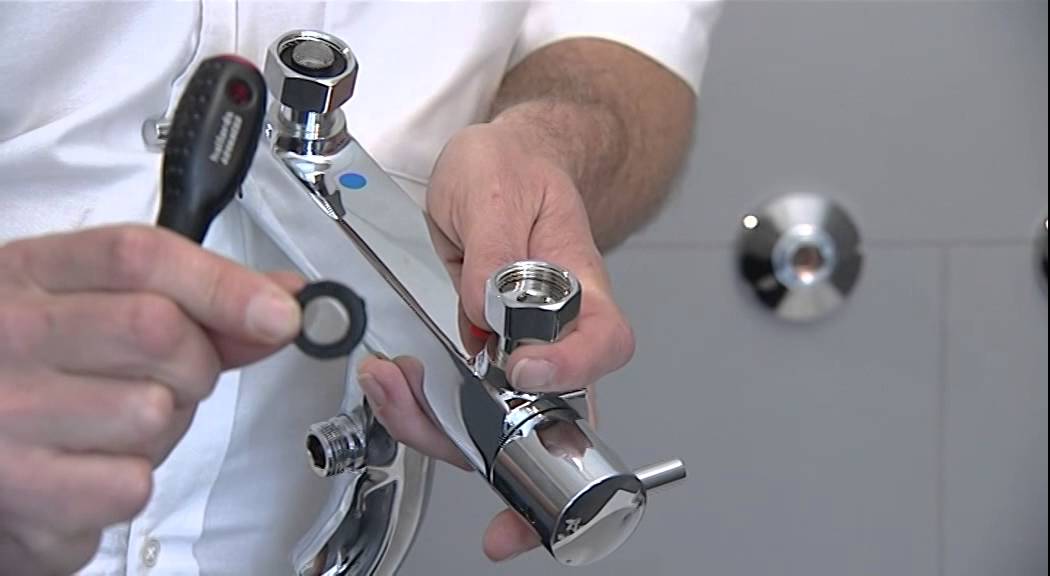 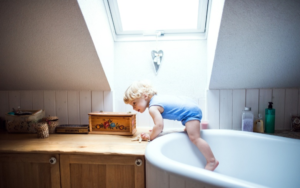 I know, I know… now you think I’m going to tell you to get a shower filter! Well, you’re right, but let me explain. I want you to be aware of the dangerous toxins lurking in your shower and bath water. It’s actually a very serious issue a lot of people are unaware of.

The biggest issue among many, with our water, is that the chlorine. In treating local water systems, cities will add chlorine to the water to rid it of harmful bacteria. Unfortunately, once they do that they’re creating yet one more problem. Chlorine isn’t exactly a toxic free chemical, and while it may be getting rid of bad bacteria, it could also be killing our good bacteria at the same time. When chlorine is used as a disinfectant it combines with other byproducts and creates compounds called trihalomethanes (THM’s). The THM often created is chloroform, a known carcinogen(a carcinogen is anything that causes cancer). So yeah, that’s not good! 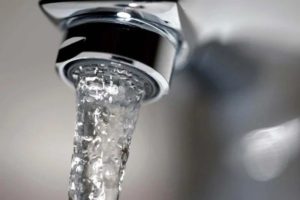 What’s worst is you’ll actually absorb more chlorine from a single 10 minute shower than from drinking 2 liters of chlorinated water. Pretty crazy. Don’t get me wrong I’m a firm believer in making sure water is filtered! I love my Berkey, end of the story. But our bodies by themselves actually filter out a lot of chlorine once we drink water. However, once vapors from chlorine are inhaled they are going right into our bloodstream. Can you imagine how much vapor a hot shower gives off?! Yikes! Plus, that doesn’t even count the quantity your skin is absorbing by itself. New research is suggesting chlorine from showers, and baths could pose a greater cancer risk than even chlorinated drinking water…hello!

So what to try to with all this toxic information? Buy a bath and shower filter! After having a shower filter you will notice these positive changes: 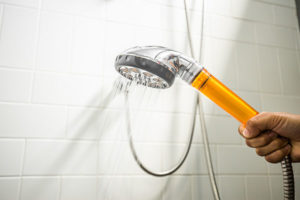 Have I convinced you yet?! Let’s get one thing straight though. Just because a filter removes chlorine, doesn’t mean it’ll remove chloramines. Unfortunately, not every shower filter gets rid of chloramines and chlorine. The only ones that do are the Vitamin C based shower filters made only in Korea and Japan. In case you were wondering, chloramines are chlorine plus ammonia. I know, gross huh? Chloramines are often found in local water supply too. Check your local water treatment facility to see what they use to treat the water. In baths, it’s easier to get rid of chlorine, and chloramines by using 1,000 mg of a Vitamin C tablet during a standard bath tub. Vitamin C removes 99% of chlorine and chloramines…not too shabby huh?!

The bath filter I use is called Pure Bath. It’s from Seeking Health, and is a combination of Ascorbic Acid and Magnesium Carbonate. I put one teaspoon in water, and it dissolves 99% of the chlorine. It’s very easy to use and lasts a short time. It’s $19.99 for a container. You can also get a Crystal Ball Bath Dechlorinator. These are a little more expensive initially at $44.25, but can last up to a year or 200 baths. When you need a new one, you just change the filter instead of re-purchasing the whole thing. The replacement filters are $33.75. This is a little more cumbersome in my opinion. You have to swish the ball back and forth within the water for a couple of minutes. As the water goes through the ball, it’s dechlorinated. They’re both great in the long run, it’s just up to you on preference. 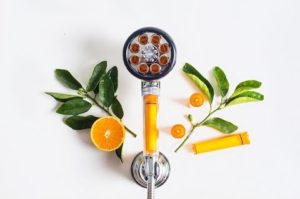 Now on to the shower filter. There are many different shower filters available. Before choosing mine I researched online, and read a ton of reviews. I don’t think mine is that the very best, but it gets the job done and that’s what I  used to be going for. Plus, I can see trying out other models and makes within the future. The one I’m currently using is that the Sprite Universal Shower Head. I chose the Sprite because it had been budget friendly, which was important to me. I felt most of the people could afford to spend $36 a year for a shower filter. You have to exchange it once a year or every 25,000 gallons, whatever comes first. They sell it on Amazon which makes it super convenient, and the reviews were good. Plus, Sprites been one of the industries leaders for shower filters. Oh, and did I mention it’s super easy to install? It’s a winner all around. I use this in combination with Sonaki In-Line Filter. The Sonaki In-Line Filter gets ride of the chloramines with Vitamin C. I use them both because Sprite has been rated one of the best for getting rid of free chlorine, and Sonaki is one of the few shower filters that filters out chloramines as well. It’s easy to set the two up together. This ensures my shower is completely free of both chlorine and chloramines. You can find this shower filter on Amazon as also.