Fresh Smelling Clothes Could Be Bad For Your Health? 7 Harmful Toxins Found In Your Laundry Detergent… - Wholesome Life Journal

Fresh Smelling Clothes Could Be Bad For Your Health? 7 Harmful Toxins Found In Your Laundry Detergent… 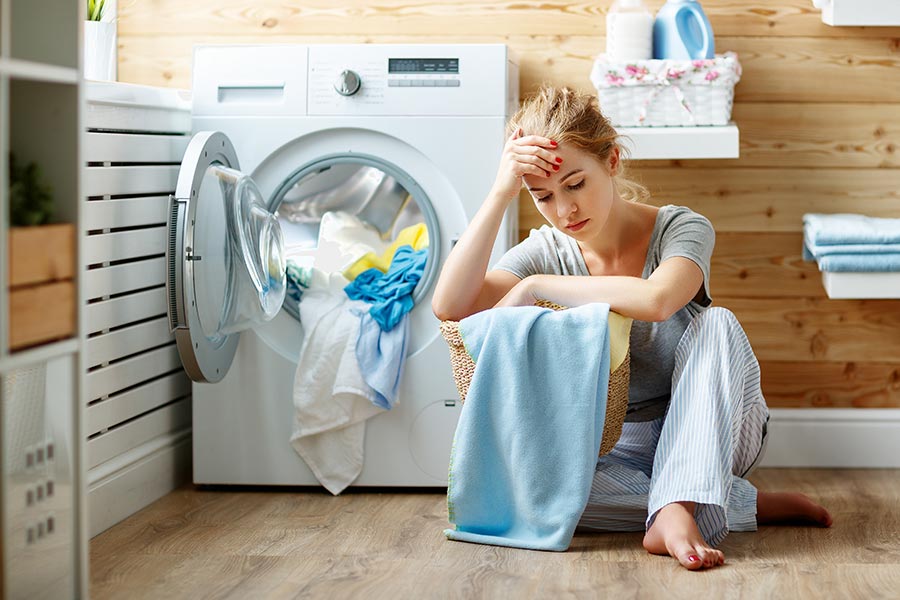 One of the benefits of the Tide Pod Challenge is that it forced prominent Doctors, Scientists, Politicians and Media to finally admit that laundry detergents do actually contain toxins that are harmful to humans, and the environment.

In this case Tide took a hit and is the poster child for Toxic Laundry Detergent. But the truth is that pretty much all of the mainstream marketed detergents are very harmful and contain a wide array of harmful toxins.

One of the main concerns is called 1,4-dioxane.

The Agency For Toxic Substances And Disease Registry says that exposure to this compound can cause eye and nose irritation, kidney issues, and possible long term damage.

The truth about the fantastic and fresh smells in these detergents is the scents are actually toxins that cover up the ill odor of the cleaning toxins in the detergent itself and it has long been a marketing play by these companies to promote the “Longest Freshness Ever”.

How many times have you seen a friendly advertisement in which one sniff can take a person to paradise, or to the wonderful wildness of nature, or to a fresh spring rain?

Here is a quote from the EPA on 1,4-Dioxane

“1,4-Dioxane is used as a solvent. Acute (short-term) inhalation exposure to high levels of 1,4-dioxane has caused vertigo, drowsiness, headache, anorexia, and irritation of the eyes, nose, throat, and lungs in humans…Damage to the liver and kidneys has been observed in rats chronically (long-term) exposed in their drinking water… Tumors have been observed in orally exposed animals. EPA has classified 1,4-dioxane as a Group B2, probable human carcinogen.”

And this is just the beginning. As mentioned, the scents that are used to trigger dopamines and build the “friendly branding” of these dangerous toxins, that fragrance is always packed with a group of chemicals known as Phthalates.

People need to realize there are better, safer, ways to clean your clothes and NOT expose themselves, and families, to these harmful chemicals that are openly proven to have negative effects on the health of humans.

Let’s look more closely at what manufacturers are putting into laundry detergents that may not be good for our health:

This is one of the main problems, and the focus of the two studies above. Manufacturers combine a number of chemicals to produce a fragrance—so you’ll believe your clothes are clean because they smell clean—and they don’t have to list those chemicals on the label because of trade protection. As we’ve seen, some of those chemicals can be very toxic.

These are included in the formula to help the product clean better. Examples include chemicals like quaternium-15 (known to release formaldehyde, a known carcinogen), diethanolamine (linked with skin and eye irritation and possibly liver problems), nonlphenol ethoxylate or NPE (toxic to nerves, irritating to skin, potential hormone disruptor, toxic to aquatic life), linear alkyl benzene sulfonates or LAS (irritating to skin and eyes and toxic to aquatic life; benzene on its own is a carcinogen), and petroleum distillates (linked to cancer and lung damage).

These chemicals help stabilize the formula, so that it lasts longer on the shelf. Examples include polyalkylene oxide or ethylene oxide, which are linked with eye and lung irritation, and even dermatitis.

Bleach may be used separately or may be included in the detergent itself. It’s known to irritate skin, eyes, and lungs, and when it mixes with wastewater, it can form toxic organic compounds that have been linked with respiratory issues, liver, and kidney damage.

This is a chemical by-product of detergent manufacturing. In independent tests, Women’s Voices for the Earth found 89 parts per million (ppm) in Tide Free & Gentle and 63 ppm in regular Tide. They helped increase awareness, and Proctor & Gamble agreed to reformulate to reduce levels to below 25 ppm. Future tests should show whether they made good on that promise.

You’ll find these in detergents advertising their “brightening” powers. Brighter whites! Brighter colors! What’s creating all this brightness? Chemicals that actually remain on the clothes to absorb UV light and help clothes “appear” brighter.
We’re talking things like naphthotriazolystilbenes (linked with developmental and reproductive effects), benzoxazolyl, diaminostilbene disulfonate, and more. Since these remain on the clothes, they are likely to come into contact with skin.

Manufacturers use these to make detergents more effective in hard water, and to help prevent dirt from settling back on clothes when they’re washing. These chemicals have long been associated with environmental damage, particularly in our streams and waterways. They cause algae blooms that damage ecosystems.
Many detergents have eliminated these, but they’re often using ethylene diamine tetraacetic acid (EDTA) in its place, which does not readily biodegrade, and has been found to be toxic in animal studies.

And if you are looking for a healthy and safer alternative to nasty and dangerous detergents, take a look at this new, clean, chemical free technology that safely and effectively cleans your laundry