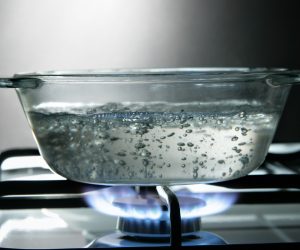 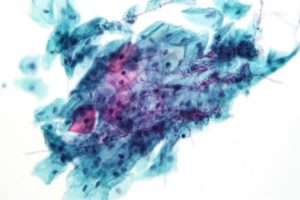 All municipal waters are chlorinated to eradicate disease-causing bacteria and viruses. While this is an intended consequence of chlorination, there are several unintended ones too.

Skin dryness, itching, dry hair, and skin sensitivity are just a few of the unintended consequences of chlorine being added to our water supplies.

These unpleasant effects are the reason why removing chlorine before using tap water is a good idea if you want to prevent many of these unwanted effects.

There are various ways to remove chlorine from water and a natural way to neutralize it is by using Vitamin C. In this article, we’re examining how Vitamin C can help neutralize chlorine.

When to Remove Chlorine from Water? 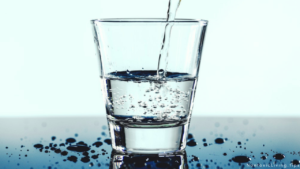 Removing chlorine from tap water is not difficult – there are various filter systems that can help you to remove chlorine and its by-products, along with various other contaminants.

In general, we recommend removing chlorine in all cases when tap water is used, but particularly in the following scenarios:

These are just some of the cases when you should consider installing a water filter in your home. Most residential water filters also remove other contaminants too, not just chlorine.

With a complex filter system, you can remove other contaminants that should not end up in your drinking water and get the best and freshest drinking water every time.

Let’s see the several ways you can remove chlorine from water:

How to Remove Chlorine from Water?

Some of the methods below are efficient only against chlorine, leaving chloramine (the result of chlorine interacting with ammonia) behind. Other methods target both chlorine and chloramine. 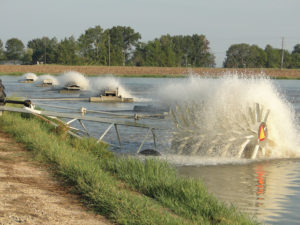 Aeration is the practice of leaving water out in the air for chlorine to fizz out. Some people will also introduce bubbles (using an air pump or air stone) into the water to accelerate the dechlorination process.

Although chlorine is known to evaporate, chloramines will stick around in water much longer. Plus, aeration is a lengthier process than other methods described in this article.

Boiling can also be a great option for eliminating bacteria and viruses that might be present in water and that might cause all sorts of gastrointestinal illnesses and more.

Unfortunately, boiling water can actually increase the concentration of contaminants that aren’t removed by boiling. For example, heavy metals cannot be removed from water through boiling. 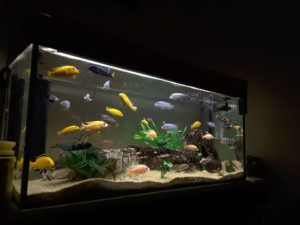 These products are used by aquarists before setting up an aquarium. Chemical dechlorination removes both chlorine and chloramine, both of which are toxic for fish.

Aquarists use tap water for fixing a freshwater tank but also for normal water changes that are necessary for any aquarium.

The way these dechlorination products work is by breaking the bond between chlorine and ammonia, thus, getting rid of chloramine and chlorine. However, they often don’t work against ammonia.

Some products, however, can also target ammonia and sometimes a separate detoxifying product is required to eliminate the resulting ammonia. 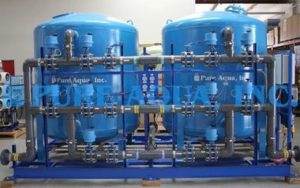 Carbon filtration is excellent at removing chlorine and its by-products, along with volatile organic compounds and taste impairing substances.

Carbon filters are utilized in almost every home filtration system, being the most common and efficient filter media for chlorine treatment.

Whether you’re using a filter pitcher, a filter bottle, an undersink filter or a whole house filter, chances are high that they all contain activated carbon filter media, either in a block or granular form. 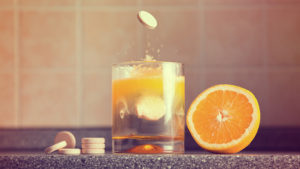 Everyone is aware of the many benefits that Vitamin C has for our health and you may even take Vitamin C supplements to boost your immune system.

But keeping your immune system sharp isn’t all that Vitamin C can do. Vitamin C has also been used in water systems to neutralize chlorine before discharging water into nature.

Because even small amounts of chlorine can be harmful to aquatic life, chlorinated water needs treatment before it’s released into rivers or lakes.

Adding more chemicals to water to eliminate chlorine is not a solution, therefore, Vitamin C is used as a secure and environmentally friendly alternative.

There are two forms of Vitamin C – ascorbic acid and sodium ascorbate – both of which can neutralize chlorine and both of which are safe for aquatic life at the levels recommended for dechlorination.

Of the two forms of Vitamin C, ascorbic acid is mildly acidic and will lower the pH of water if used in larger doses. In contrast, sodium ascorbate has no effect on water pH.

In order to neutralize 1 part chlorine, approx. 2.5 parts of ascorbic acid or 2.8 parts of sodium ascorbate are needed.

When the neutralization of high chlorine solutions is needed, sodium ascorbate is the preferable choice if you want to maintain water pH parameters.

When passive dechlorination methods (e.g. aeration) are not feasible, Vitamin C offers a safe and environmentally-friendly alternative to other chemical methods of removing chlorine from water. 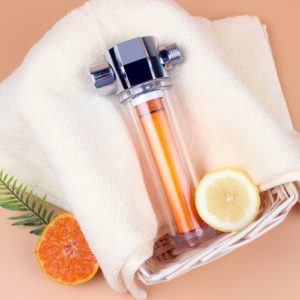 The shower and bathing water are often disregarded as a cause for concern when it comes to contamination issues. After all, we’re not drinking this water.

While this is true, the fact that our lungs, eyes, and skin are exposed to the effects of chlorine and other tap water contamination issues is also true.

Shower filters are an easy fix to this issue — they’ll remove chlorine and other contaminants that can cause itchiness, skin sensitivity, dry hair and scalp, or dry skin.

The Vitafresh Advanced Shower Filter may be a filter system that neutralizes chlorine with the assistance of Vitamin C for a natural and healthy shower day after day.

It uses pharmaceutical food grade Vitamin C and it’s fully compliant with European and UK standards and neutralizes both chlorine and chloramine.

It comes with three filter cartridges, two of which are replaceable after 10,000 litres. The transparent filter housing allows you to monitor the state of the filter, allowing you to see when it needs replacement.

The Vitafresh Advanced shower filter adds Vitamin C to neutralize chlorine and chloramine in your shower and bath water, providing refreshing baths and showers that aren’t damaging to your skin, hair, or lungs.

Installing a shower filter is all the more important if you have small children, if you’re suffering from asthma or a skin condition that becomes more severe when skin gets into contact with chlorine.

Other Chlorine Treatment Options for Your Home 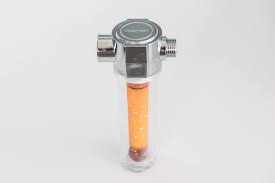 A Vitamin C filter isn’t your only option when it involves handling chlorine in your home. As we’ve mentioned, another natural and eco-friendly way to treat chlorine is by using a carbon filter.

If you’re looking for a whole house water treatment solution, check out the Osmio PRO-III-XL Ultimate Whole House Water Filter System, a 3-stage filter system, which targets chlorine along with other contaminants such as lead, fluorite, hormones, bacteria, and many more.

If you’re looking for a point-of-use filtration system for your kitchen, you can opt for a reverse osmosis system like the BMB-10 +Alkaline +Detox Non-Pumped Quick Change 6 Stage Reverse Osmosis System.

Whichever system you prefer, make sure it meets your demands of filtered water. When taking this decision, one thing that can help you decide which option is best for you is to test your water supply for contaminants.

The results will indicate which contaminants are present in your tap water and in what levels. Once you know this information, you can make an informed decision about the filter system you should get.

Chlorine is present in any municipal water supply and long-term exposure can have various unwanted effects.

Since there are various ways and various filter systems that can target chlorine, we recommend opting for one of the methods described above to prevent these unwanted effects of chlorine.

A filter system is easy to install and maintain, its annual costs are low, and it comes with many benefits that go beyond reducing chlorine and chloramine from your water supply.